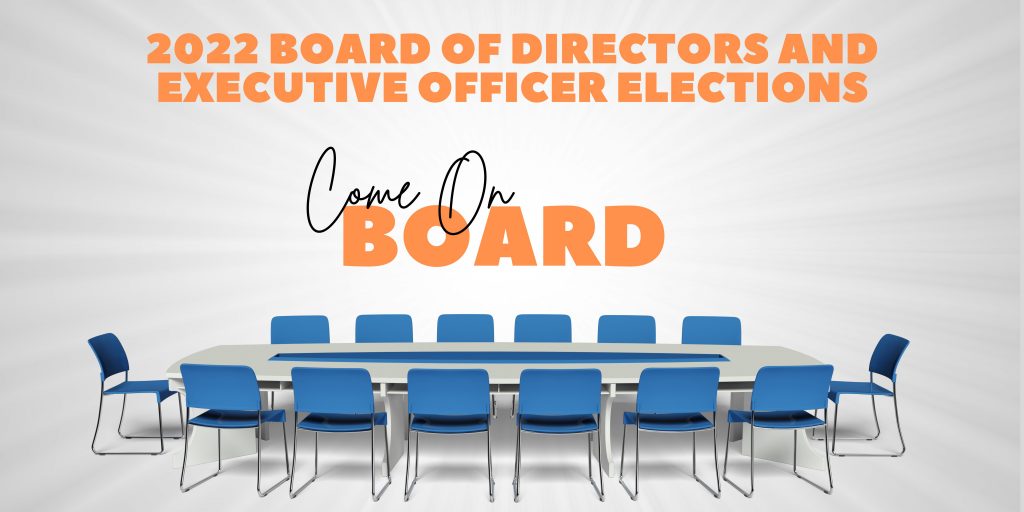 The Williamson County Association of REALTORS® is now accepting applications for the 2022 Board of Directors and Executive Officers. We are looking for leaders who want to make a positive change and have an active role within our organization. By applying, you will represent the members of WCREALTORS by establishing policies, making recommendations, and approving plans. Are you ready to make a difference? Submit an application today!

Credentials are to be reviewed by the By-Laws & Policy Committee which, by majority vote of the committee, recommends changes to be voted on by the members of the Association without approval of the Board of Directors.

By August 15th of each year, members shall be notified of the annual election of Director positions and the opportunity to seek election. An eligible member who desires to seek election for a position shall notify the Association in writing on the Board of Directors Candidate Qualification Form for the position category for which the candidate seeks election and must be signed by the candidate's Designated REALTOR®. Such notice must be received by the Association on or before 5:00 p.m. on the last day of August. Each Candidate must complete and submit to Association Staff a Candidate Qualification Form in which staff will provide a copy to the Chairperson of the Candidate Vetting Committee.

The annual election shall commence by electronic ballot on the first Monday in October and conclude at 5:00 p.m. on the second Monday in October. The ballot shall contain the positions by category and the names in alphabetical order by last name, of all candidates in each category. Ballots shall be transmitted either in writing or electronically via the Internet to each Member eligible to vote no later than the end of business day of the first Monday in October prior to the annual election. Members may not write in the name of additional candidates for Director.

The candidate receiving the highest number of votes in each position category shall be declared elected. If there are more Director candidates from the size firm who are elected than are eligible to serve, the elected candidate(s) receiving the most votes among such elected candidate(s) from the same firm shall be elected. In case of a tie in any Director position in the election, the selection shall be made by lottery by the President at the Annual Business Meeting.

A member wishing to run from the floor at the annual meeting, may file a nomination by petition that is signed by at least ten (10) percent of the REALTOR® members eligible to vote. The petition shall be filed with the Secretary at least fourteen (14) days before the annual election. The Secretary shall send notice of such additional nominations to all members eligible to vote no later than seven (7) calendar days prior to the election.

The results of the election will made public at the annual business meeting.

The term of Directors shall begin on January 1st following the annual election.